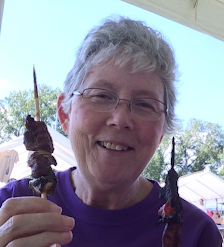 The Quest Never Loses Its Savor

Who was this young student-sister whose final essay in English comp at Rosary College she titled “The Image of Man in Western Civilization” (Sister Julie said, “Let Christopher Dawson do this.”) And whose final paper for her MA she titled “Man in Search.” (inclusive language had not yet been invented.)

It could only be the daughter of a mother and father, Third Order Dominicans, whose daily reading as she grew up was publications like America, Commonweal, Integrity, and The Catholic Worker. Not that I understood a word of it--though I did try, once…

But I did catch the Dominican quest-bug, even as we children crouched near the radio for “Nick Carter Master Detective” and “The Shadow” while our parents went off on Sunday afternoons to Marquette Poetry Teas and meetings of the Thomist Association they started for the theological education of laity.

Thus, I found myself, three years after my sister Monica, joining the Sisters at Sinsinawa, the very group whose broad education at Rosary and Fribourg had so inspired my mother with love of life and learning. And even though I got a D in my first semester of Theology that year as a postulant, the Dominican “search for truth” caught on deeply.

So here I am, sixty-some years later and still on the exciting and ever-evolving quest for the good, the true, and the beautiful. Whether the books are Caste by Isabel Wilkerson, or the poetry of Mary Oliver, or The Rebirthing of God by John Phillip Newell, the quest never loses its savor.

We love these words and quote them often, given to us by Kaye Ashe:

is strenuous and unending.

in order to persevere in it.

in a community of conviction,

the quest never loses its relevance,

See I Make All Things New

This is the message of Easter.  The Risen Christ takes whatever needs to be changed or modified or transformed in our lives and comes out of the tomb to offer us a fresh start.  He comes out of the tombs of our old behavior, of our doubt, of our mistrust, or of any type of reliance on false gods or securities with a new way of being for us.  We all rise with Christ during the Easter season.  Each of us is renewed and reenergized. As Dominicans, when we make our vows, the Prioress (which means one among equals) will pose this question to us:  “What do you ask?”   And, each sister answers with the same response, “I ask for the mercy of God and yours.”   What an incredible promise we make to each other - mercy!  It is no wonder that the Old Testament prophets said that mercy flowed like a river.  To live mercifully means to live believing in the newness of Resurrection.  Just like the Risen Christ’s renewing spirit, we renew and reenergize each other with our mercy.  And, the most importa
Read more

The View from my Perch 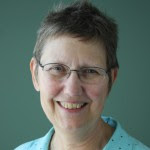 As we step into the practices and  opportunities of this Lenten season I am aware that a whole year has gone by in our Covid reality. My nature appreciates solitude and my own company, but I do so miss my sisters. Even though I know they are close by and that I have lots of zoom and FaceTime opportunities, like millions all over the world I miss all the in person gatherings. My closest companions these days are the birds that flock to the seeds I put on my balcony. I have Chickadees, Cardinals, Woodpeckers , Juncos, Finches, Sparrows, Mourning Doves and the occasional Bluejay. I have learned  lots from these feathered ones this year.   How to take just what I need. How to share. How to take turns. How to stay  alert. How to just BE.   I think most of all they remind me of my own place in the great scheme of things. Like them I am but one expression of this sacred diversity of life. The birds, the trees, the lake awaken me to my small unique part of this sacred circle. I have to step do
Read more