I Continue to Learn 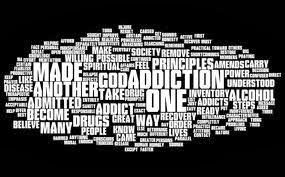 One of the things I’m currently involved in is serving on a non-profit board for SISTER House, which sponsors and mentors women who are transitioning back to society from jail, prison or court-ordered AODA treatment.  The women live in community, in Oxford Houses, which (unlike Halfway Houses) provide democratically, self-run, safe and sober living.  SISTER House opened the first Oxford House for women in Madison, and now there are three houses for women, along with the six for men.  Oxford Houses have a governing body for their 1,500 homes in the USA and four other countries, providing more than 150,000 sober beds.

As a board member, I am committed to their monthly meetings. In addition we take turns attending their required, weekly house meetings.  Sounds a lot like convent life, doesn’t it?!

Last week we co-hosted the State Convention for 21 Oxford Houses in Wisconsin.  I learned so much and met some wonderful people!  One was James McClain, who is a member of the World Council of Oxford Houses and another was Dave Mahoney, the Dane Co. Sheriff.  The stories they told were about good people who struggle because of an addiction.

What do you know about addictions, treatment or Oxford Houses?  Would someone you know benefit from learning about sober living environments?