Looking Back at My Volunteer Experience 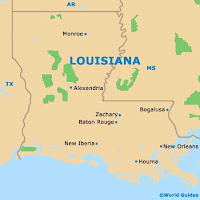 I recently spent a weekend with people I hadn’t seen for many years!  And it was wonderful!!

When I graduated from college I spent a year as an Extension Lay Volunteer.   My roommate, Terry, had just graduated from a college in Philadelphia and we met briefly when she and her parents made a trip to California (where I lived at the time).

The year was 1968.  We spent six weeks (for orientation) in Chicago, and watched  on TV as the Democratic Convention unfolded.  Then we boarded a flight for New Orleans!  There I came face to face with the struggle for Civil Rights.  The schools were facing a Federal Injunction – either integrate or don’t open.  I saw signs that said “white only” and “colored only” and I had my first (and only!) encounter with the Ku Klux Klan!!

Many things have happened since then – both in my life as well as that of New Orleans.  The biggest being my life as a Dominican, and Hurricane Katrina and the BP oil spill for New Orleans.

One of the phrases used that weekend was that “we were ruined” for life.  Thank God!

Have you ever had the experience of being “ruined” for life?