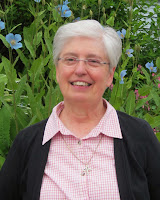 A few weeks ago I was in Skagway for a few days.  It's a beautiful, serene area nestled in the mountains with ocean access at its feet.  At least now it is.  But in the late 1800s it was a bustling area because gold had been discovered  in Canada.  The quickest access to the gold was through the Alaskan mountains, and the long, arduous trail began here.  Gold seekers climbed mountains in the winter on foot with huge packs to pull.   Many died but finding gold kept them going no matter what the cost.  Imagine their disappointment, their devastation when they reached Dawson City in Canada and found out that all the land had already been claimed.  All that they had gone through and not a fleck of gold to show for their brutal journey.

These men were seeking a treasure--they went to unbelievable lengths in their quest--and they ended up empty-handed.  I reflected on the fact that I need the same kind of persistence, acceptance of hardship, and determination in my quest for treasure, but I'm seeking the kind that lasts, the kind that can only come from our Creator.  After visiting Skagway I found myself reflecting in gratitude on the treasure I seek.

What is your treasure?  Do you seek it with eagerness and persistence?