Who Has Inherent Dignity? 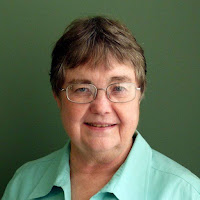 Recently, I was reminded that June has been designated as “LGBT Awareness Month” in the USA.  This caused me to recall one of the many things that I learned during my years of work in Native American communities. Before colonization by Europeans, persons who were gender variant (the male female; the female male) were called “two-spirited” in many Native American cultures. Usually, such persons were valued because they were blessed with two spirits, both male and female. Two-spirited people were often the visionaries, the medicine persons, the nannies of orphans and the caregivers. With colonization (along with a particular interpretation of Christianity), two-spirited persons increasingly lost their respected place in indigenous communities.

Our Catholic Church teaches that all persons are created in the Divine image and, therefore, have inherent dignity.  Pope Francis, in his recent document, Amoris Laetitia, applied this teaching when he reminded us, “We would like before all else to reaffirm that every person, regardless of sexual orientation, ought to be respected in his or her dignity and treated with consideration, while every sign of unjust discrimination is to be carefully avoided, particularly any form of aggression and violence.” (par. 250)

I’m wondering how I can increase my awareness of issues facing our gender variant sisters and brothers.  How will we assure respect for the dignity of our family members, friends, co-workers and community members who are LGBT?