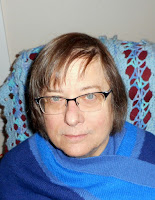 Recently I feasted at a student lead talent show at Edgewood High School in Madison WI.  The auditorium was filled with 14 to 18 year olds.   When the two student MCs spoke one could hear a pin drop. Then the acts began-- a young Egyptian woman sang a Coptic song, one from Korea played Amazing grace on an amazing stringed instrument, 3 Chinese did a traditional dance, two presented a critique of society in spoken word, a Korean drummed enthusiastically.  Finally, a woman RN who loves to play guitar and sing was welcomed. The second MC returned to the mic to say, “and she is the other MC’s mother.”  When she asked students to sing with her, they did.  They sang “marching songs” of the 60’s, and when in the end they stood to sing “We shall overcome” one by one students raised lit cell phones. WOW!

I was lifted by the appreciation of the students for their classmates. It was not tolerance it was celebration.  Not only did they respect one another, they also celebrated the generations before them.  Experiencing students connecting with one another and with people everywhere gives me hope.