The Heart of Conversation 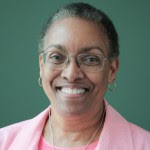 Within the past several days alone, I have had a conversation with a single mom of 4 who has been newly diagnosed with physical and mental limitations that render her unable to work and worried; one with my biological sister about the controversy over the removal and relocation of Confederate monuments in New Orleans; one with a resident in a correctional facility who will likely face homelessness when he is released; one with a fellow coworker of color about unconscious bias and a situation that happened at work; and another this past weekend involving sister-friends about our Dominican identity as preachers in the 21st century. These are just a few.

There is so much going on these days and so much to talk about, including some things I am taking a break from! The past several weeks and months have been particularly full of questions and serious conversations that deserve deep listening – conversations of the heart. I am grateful for the people with whom I have had them. Sometimes, hearts listening to each other is all that can be offered at the moment and sometimes all that is needed.

How have your heart-conversations happened recently? What still moves inside of you?