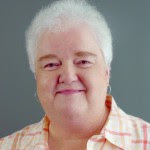 Recently I was watching Amanpour & Company on PBS as Andy Slavitt talked about Covid-19 and the impact of wearing masks. He believes that if 80%-90% of people wore masks consistently, the virus would almost disappear. When he was asked why wearing masks is such a problem for people in the U.S., he said that because there is such a deep cultural value placed on individual liberties, many don’t want their lives to be inconvenienced on behalf of other people. To explore this idea further, he suggested making 2 lists: One with words such as individualism, entrepreneurship, great wealth; and the other, with things such as society, community, equality. He speculated that countries described by the 2nd list will have fewer Covid cases because they are willing to wear masks out of concern for others. He mentioned Japan and several African countries as examples.
This was a new moment of clarity for me. It is straight up evil that the value we place on individual liberties is allowing the corona virus to prosper and leave suffering and death in its wake.

The gospel calls us to community. What might help us let go of our obsession with our individual liberties?