Let Peace Begin With Me 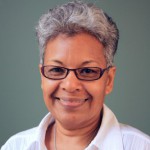 Very angry feelings welled up inside of me when I heard and saw news of the insurrection at the Capitol building in Washington D.C. two Wednesdays ago.

I asked myself why?  Why are a few people allowed to flaunt downright inhuman, evil, selfish, rude, cruel, violent behavior in the face of goodness, beauty, truth, innocence, decency and the common good?  This led me to reflect on how I respond in the face of similar atrocities in my sphere of influence.  I confess that sometimes, too often, I choose silence.

Catherine of Siena had something to say about this: “Speak up! It’s silence that kills the world.”  This year, I want to have the courage to seek out truth and to speak truth in the face of lies, to defend  innocence in the face of corruption, to laud beauty where there is ugliness, to acclaim goodness where there is evil and to fight for the common good where-ever I see selfishness and greed.  This has got to stop! Let it begin with me Lord.  Let peace begin with me.

“It’s not the violence of the few that scares me, it’s the silence of the many.” Martin Luther King